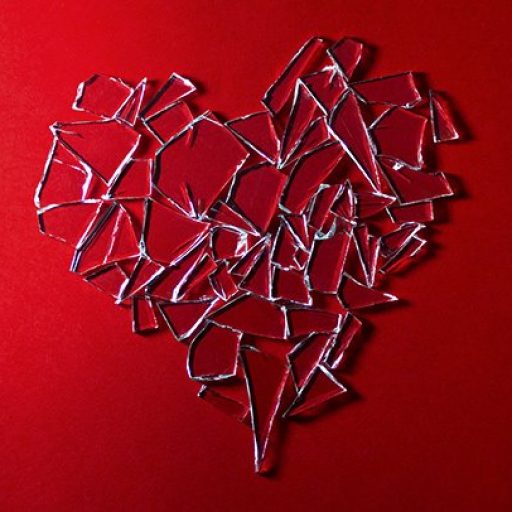 Strange to wake up without him in the house. I had conflicting feelings about my husband not sleeping at home. I had told him to go, and I wanted to be free of his presence for at least the night because I needed to try to center myself. I was emotionally overwrought, and every tear that rolled down my face without a response from him magnified the pain I was feeling so acutely. Just go if you don’t care, just leave me alone. I don’t need to see your indifference and you don’t deserve to see my tears…that’s how I felt. But I hated thinking about where he might end up, what he might be doing, that he would turn to her. Rock, meet hard place.

When he got home from where-the-hell-ever he’d spent the night, he had to take our little one to his class. I had some time completely alone, maybe a half hour. I thought about work and how I still couldn’t bear the thought of facing my team, or really anyone. I emailed my boss again, but this time I didn’t say I was sick. I told him that I might be getting a divorce and I was too upset to come in to work, and that I needed to figure out what to do. My boss was a really nice guy and he immediately emailed back and said to take all the time I needed, not to worry about work, work from home if I needed to…more tears, gratitude mixing with the pain.

I was trying to work, to occupy my mind with anything else but my crumbling marriage, our life together, the unbearable tension of not knowing what was coming next. I was trying to calm myself, when he returned.

Rage bubbled up in me as soon as he walked in the door, as soon as I had to look at him. I would not ask him where he spent the night. He probably expected that but there are some questions you don’t need to ask. When your husband is having a relationship with someone else and you tell him to leave, you know where he goes. You don’t need to be a masochist, there is plenty of pain to go around on this one without torturing yourself with the gory details. One thing I’ve learned over a lifetime…don’t hurt yourself.

So instead of asking him where he did or did not sleep, I pepper him with questions about what’s next. Rapid-fire bitch mode. How are things going to work now? Where’s the money for this divorce going to come from, that’s what you want, right? Are you going to have me served at work, isn’t that how it usually happens? Tell me the goddamn plan, we promised each other we would NEVER get divorced even if we hated each other, even if we couldn’t stand the sight of each other we would work it out, we’d go to counseling, we’d find our way back to loving each other, we would never ever get divorced. That’s the specific conversation we had, remember? I know you remember. We’re the love of each other’s lives, from the night we met. But fine, if all of that is a lie then what’s your plan, treacherous husband?

My husband would say about me, and often has, “You shouldn’t fuck with her”. I guess he wasn’t thinking about this when he was otherwise occupied.

You think that there’s a limit to how much anguish a heart can feel, you think that finding out that your love, the father of your child, has been having a full-blown relationship with another woman is the worst. You quickly learn that there are multiple levels of “the worst”, when he tells you that his mother is going to lend him the money for a divorce, for his lawyer. My mother-in-law, Mom, who I know loves me like her own daughter and doesn’t want us to get divorced, how can this be? I could crumble to the floor in a sobbing heap of heartbreak; the only thing that keeps me from it is an intuition that if I let myself go there, I’ll be down on that floor for a long time. My pain is starting to have a steely resolve despite my broken and betrayed heart, and I am too proud at this moment to fall apart any further in front of him.

So many questions started running through my mind. Does she know that he’s having an affair, what did he tell her that she agreed to give him the money to destroy our family, why would she do that? Because he’s her son, of course, but I’m still crushed by this unexpected news.

Mom had texted me the day before, so I knew that my husband must have talked to her but I had no idea what he’d told her. I was too upset to respond then, but all I could think about now was how much I needed to talk to her. I had to ask her to please, PLEASE not give him the money right now. Not while we were in this crisis mode and so emotional, and I so did not want her to facilitate his betrayal or his next steps. I knew in my bones that she didn’t know the whole story and if she was going to give him money to divorce me, she needed to know everything. I texted her and asked her if she had time to talk.

I honestly didn’t know what I was going to say to her, such an awkward, awful, anguished conversation to have with your mother-in-law. Then we got on the phone, and we both just cried. I told her that I’d heard she was going to give him the money for a divorce, and asked her to please not do that right now. I told her about the affair, and we both cried together some more; she didn’t know and she was very disappointed. I had a feeling he hadn’t told his mom that he was involved with another woman, because he knows she wouldn’t approve and nobody wants to tell their mother that they’re a lying cheater. Just one more thing people don’t think about when they’re in the throes of an affair. The rest of my conversation with Mom went like this.

Mom: What do you want me to do?

And she did. As distressed as I was to learn that she was going to give him the money to divorce me earlier, I was now equally filled with gratitude knowing that she was on the side of us working things out if possible. I really didn’t know if she would call her son out that way, and I felt a little better knowing she was on our side. She would do what she could, because she loves us both.

I was calling in my markers.

"There is nothing to writing. All you have to do is sit down at a typewriter and bleed." - Ernest Hemingway View all posts by WriteItOut

Recent Posts: Have You Lost Your Damn Mind?!?

Join 411 other followers
Follow Have You Lost Your Damn Mind?!? on WordPress.com